Hello. I’m Liz Doherty and I have been teaching Irish traditional music for over 30 years. I’ve taught in Ireland and around the world at festivals and events, in schools and universities, in person and online.

I love what I do.  But it has wrecked my head too … many times. With good reason.

For instance, in what other teaching profession would you face these challenges:

All with no specific training and few supports?

Yet, that’s what we do as traditional music teachers. 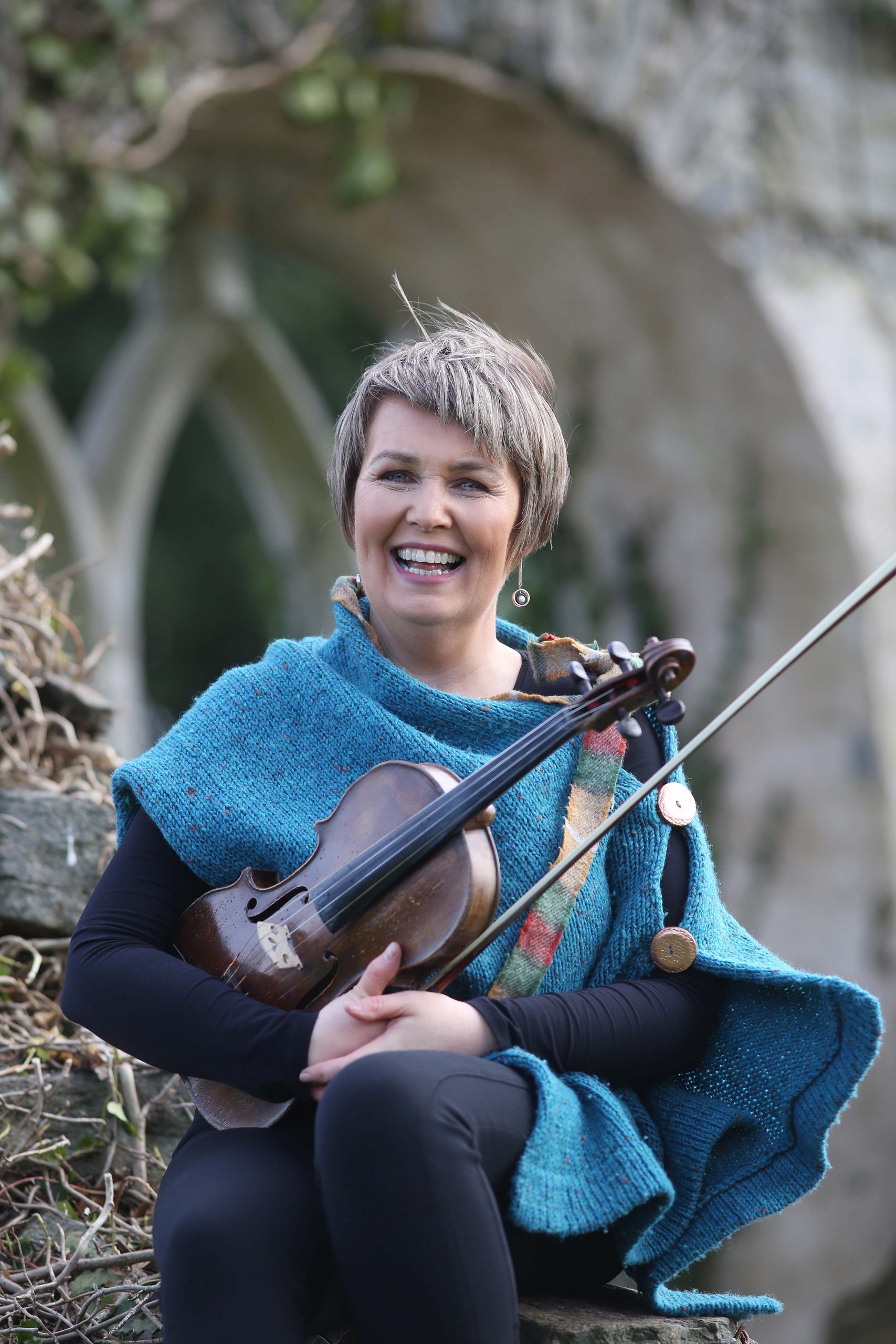 Here are some of my credentials

In 2019 I was awarded a National Teaching Fellow for my work in traditional music teaching and learning and was also voted ‘Inspirational Teacher of the Year’ in 2017 by my lovely students at Ulster University.

My PhD dissertation (University of Limerick, 1996) was on the topic of Cape Breton fiddle music. I also have a BMus from University College, Cork (1991) and am a Senior Fellow of the Higher Education Academy. With my scholar hat on I have published two books, co-edited conference proceedings and journals e.g. Crosbhealach an Cheoil/The Crossroads Conferences and NAFCo 2012 with Fintan Vallely. I’ve published loads of papers, organised conferences, and am a former Chair of the International Council for Traditional Music, Ireland.

As a fiddle player I have recorded CDs as a solo artist and with bands such as  Bumblebees, Fiddlesticks, Nomos and, most recently, with the fabulous Donegal women, Sí Fiddlers. I’ve also performed at numerous festivals, on tv and radio, and been the artist in residence at the Cork Folk Festival and at the Celtic Colours International Festival in Canada. During the 1990s I did a short stint in Riverdance and, among my very favourite performances, played with Mícheál Ó Súilleabháin and the RTÉ National Symphony and Concert Orchestras during 2014-2018.

As a traditional arts consultant I’ve worked with a range of bodies in Ireland and internationally e.g. the Expert Advisory Board of Culture Ireland,  the Arts Council/An Chomhairle Ealaín, the Irish Traditional Music Archive (ITMA) and TG4’s Gradam Cheoil. In terms of events, I directed NAFCo 2012, and worked on the Ar Ais Arís festivals in Donegal and some of the legendary Éigse na Laoi festivals in Cork. I’ve recently had my first opportunity to work as a TV music producer for TG4’s Fleadh2020.

As a fiddle teacher I run the online Fiddleclinic.ie. Along with my husband, Jim Woods, I run Scoil Trad in Buncrana, Co. Donegal, and founded the Acadamh Cheoil in Derry in 2015. Valley of the Moon (USA), Milwaukee Irish Festival (USA), The Southern Hemisphere International School of Scottish Fiddle (New Zealand), National Folk Festival (Australia), Celtic Colours International Festival (Canada), Celtic Connections (Scotland), Tocane Irish Festival (France), Scoil Samhraidh Willie Clancy (Ireland) and Scoil Gheimhridh Frankie Kennedy (Ireland) are among the many festivals and events I have been fortunate to perform and teach at.

Every teacher should work with Liz. Fact!

Liz is a master facilitator.

I had never thought about being a traditional music teacher in this way before. It’s like discovering a whole new parallel universe. Wow! Inspiring!

I Teach Trad is a formidable expression of teaching logic and system.

The TradLABB offers a conceptualisation of the learning process ascribed to the folk/traditional musician that is immediately recognisable, both within and outside of higher education. It offers insights of great value to the pedagogue concerned with tailoring formal educational structures more effectively to such processes.

Register for our FREE Community

Join our free community and find your traditional Irish music tribe. We have free teaching resources, discussions, and live events.